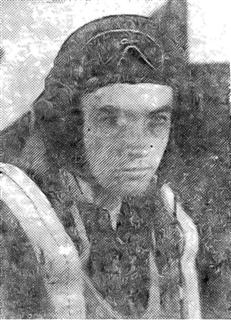 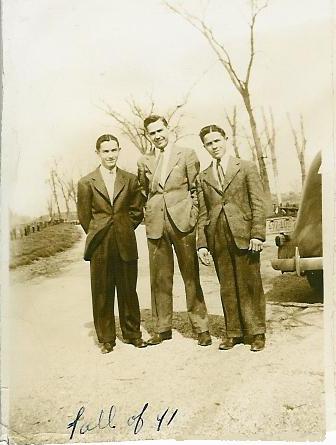 His parents are Mr. & Mrs. Tom Reardon, Irish Catholic.
His father Tom had the Grain Elevator in Johnson, MN.

John was a very handsome man, according to his neighbors , Maxime and Ervy Nelson.
They all went to school together, 8 grades, in Johnson and to the High School in Graceville, MN.


On the picture , John is on the left and Richard is on the right with a friend in the middle

This picture was taken in the fall of 1941 in the Graceville MN Park, on a Sunday afternoon.

Just before he went into the Service. 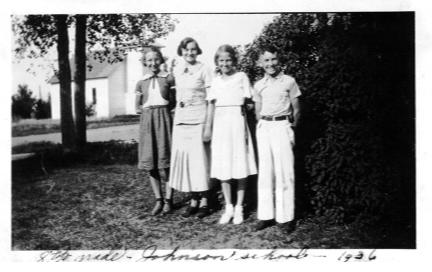 This picture is from 1936 , John was 14 years old and was in the 8th grade , Johnson MN school.
On your left you see Leora Rehnke ( Marquardt then ) and on the right you see " Johnie " Reardon.

Johnson flyer is reported missing in action over Germany since Nov. 2nd 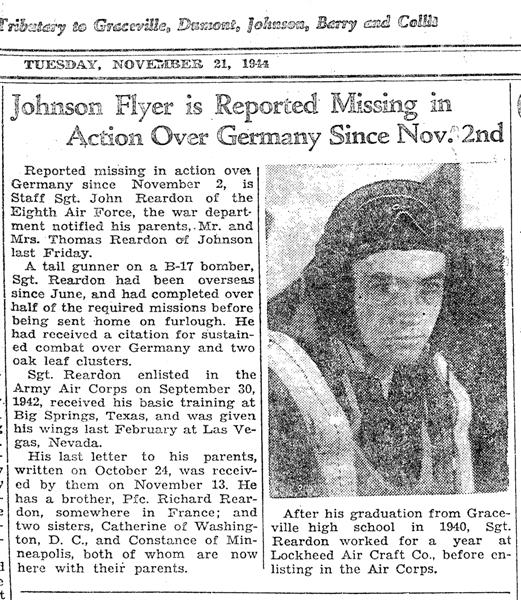